Learn How To Read Al-Qur’an

There are four different Holy books sent to different Prophets. Among these four books, one of the books named “the Quran” sent to the Holy Prophet Muhammad SAW. The Quran is the central text in the religion of Islam. Prophet Muhammad SAW was the recipient of the Quran. The holy book of the Quran includes 114 Surah. The revelation place of these Surah is different, for example, some revealed in Makkah, and some revealed in Madina.

The word Quran is in the holy book of the Quran 70 times. The Quran was revealed on the Prophet Muhammad SAW step by step; that was why the companion of the Prophet SAW recorded it as per the direction of the Holy Prophet SAW.

After the death of Prophet Muhammad SAW, his beloved companion tried hard to preserve the Quran according to the instruction of Muhammad SAW.

Tajweed is the process in which Muslims learn to recite the Quran as per the direction of the Prophet SAW; mainly, it gives attention to the pronunciation of the Quran’s words.

The holy book of the Quran itself describes its importance. There is countless Ayah, which narrates the significance of the Quran as the Holy book. The Quran brings a lot of blessings and rewards. We should try our best to gain these rewards.

Allah says in the Quran in verse 2 of Surah Al-baqrah,” Here Is a book, there is no doubt in it, as full guidance to those who remain Al-Mutaqoon, the noble and the righteous persons who fear from Allah ( saves themselves from those acts which are prohibited by Allah almighty. those who love Allah too much extent (offering all kinds of deeds when he has given the order.”

Allah has confirmed the fact about the Quran himself that it was descended by him on the beloved Prophet Muhammad SAW. This verse works as proof of the fact.

Allah says in the Quran in Surah Younus, “ this holy book of Quran is not the book as provided by other than Allah, it works as the verification of those which descended on different Prophets and also works as the description of these, in which there is no duality, from the lord of other creatures who exist.)

Allah has confirmed the position of the Quran as the reliable text, which is from not by anyone but Allah.

In verse 1, Allah says in the Quran in Surah Raad, “The holy book of Quran is the book which discusses mankind.”

The success will be ours only in the case when we follow the information given by the Quran. Other, we will find no success but failure. 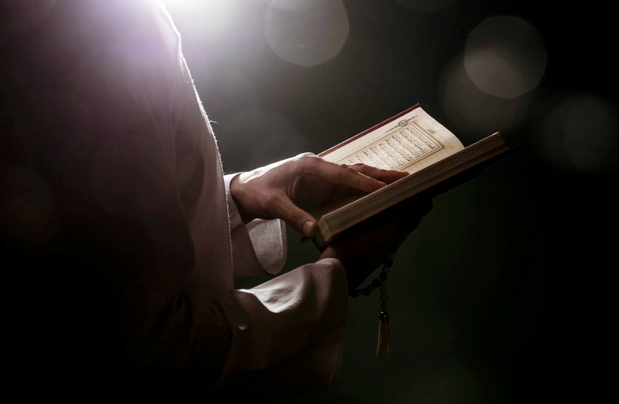 Importance of Quran by Ahadith

Allah has revealed the holy Quran on the Prophet Muhammad SAW. Is there anyone who can describe the importance of better than the holy Prophet SAW?

Different Ahdith describes the importance of the Quran.

In a hadith which narrated in Muslim, “ No doubt, Allah almighty through this holy book promotes some people. Similarly, it lowers some others.”

The Quran is the book, which gives us guidance. This guidance can take us to rewards and blessings.

In another Hadith, Prophet Muhammad SAW said,” the most reliable and truthful speech is the book of Allah.”

There is no success without the Quran.

The meaning of the word “ Tajweed” is of improving or doing it better. Commonly, it derives the meaning of doing better.

Allah has revealed the holy book of the Quran on our Prophet Muhammad SAW. It is the book of Almighty Allah. It is the right of the Quran to recite it as per its soul. Tajweed is the sort of knowledge, which the students and scholars learn to improve recitation and particularly the pronunciation of the Quran.

The Arab people whose language is of Arabic needs knowledge of Tajweed because today’s Arabic language has seen multiple changes.

That ‘s why Arab feels needs to learn it. We, as the non-Arab, definitely need to learn it.

Why is it necessary for us to learn the Tajweed?

There are two reasons:

As Arabic is not our language, the holy book of the Quran is in the Arabic language. It is of utmost importance to learn Tajweed to recite the Quran well because it is not possible for us to learn the completely Arabic language. But, miss-pronunciation is the common problem of our recitation.

That is why we need to learn the Tajweed of the Quran as well.

2. To know the meaning is necessary

There are different speakers of different languages. Everyone who is Muslim recites the Quran in the Arabic language. It is essential for us to master the vocabulary of the Quran, as well.

We should at least know what we are speaking. That is why the concept of Tajweed remains essential for us too.

There are several advantages to learning the Tajweed as it is necessary to improve the recitation of the Quran.

1. A way lead to Paradise

The Quran gives us the guarantee of Paradise. It is of utmost importance to learn the Tajweed and recite the Quran beautifully.

Prophet Muhammad SAW said,” One who recites the holy book of Quran, he will go in front of Allah, Allah issues him an order to read the Quran as well as climbing up the stages of Paradise. Where the last Ayah of the Quran will be, it will be your destination.”

We should recite the Quran as per the direction of Muhammad SAW.

The recitation of the Quran brings a lot of rewards and blessings. One of these rewards is mental serenity and satisfaction.

Bura ibn Azab (May Allah be pleased upon him)  is the beloved companion of our holy Prophet Muhammad SAW, he said, one day a man who was the owner of the camel, came here and said to our beloved Prophet Muhammad SAW that one day he was reciting the Quran. His camel was sitting near him. At once, the patch of the cloud came and covered us. Muhammad SAW said it was serenity, which came due to the recitation of the Quran.

It is beneficial to recite the Quran if one wants to get the rewards. In a Hadith” One who recites even one letter from the holy book of Allah, he will obtain the rewards with multiplication by 10. I don’t say that the Alf, lam, and meem are one word. Instead, saying that Alf is one word, lam is one, and the meem is one word. “

We will be in dire need of one reward when we shall stand in front of Almighty Allah on the Day of Judgment.

4. The best people are those who recite the Quran

According to a Hadith, “one who recites the Quran Read Surah Mulk and give its knowledge to other people, he will remain the best.”

It is of utmost importance to reciting the Quran. Muhammad SAW said the best people are those who recite the Quran and teach it to others. It means that the level of success is the holy book of the Quran.

Collectively or individually, it has helped us a lot—information technology mad the life of people full of facilities. As bringing change in all fields of life, it has played a significant role in the online education of the Quran. Online Quran learning is the best example of this revolutionizing.

What you need is registering your name and country and some other simple information. After this process, you need to choose the trial classes.

After taking trial classes, you are now free to choose either you will be part of the class or not. If your answer is yes, pay your fee and start taking the rest of the classes.

It is necessary for the ongoing class to interact in the interactive session. Online Quran learning provides an opportunity to hold an interactive session to judge the level of the class. It creates an excellent mechanism between the students and the teachers.

3. Availability of male and female teachers

The teachers of extraordinary ability are there to serve us, particularly in regard to the online teaching of the Quran.

Online Quran teachers do not only provide us the online teaching of the Quran but provides us with other courses as learning Islamic.

This online system provides the best teachers to read the Quran. These teachers are commonly the hardworking students of the best seminaries. These are well learned. They try to provide a quality education.

After high-profile clearance, teachers are hired to teach the students.

Information technology has revolutionized our life more than our expectations. It is essential to use it for the purpose of religious education.