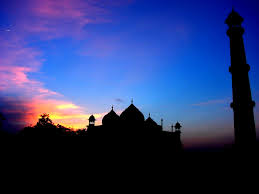 Today in the European world, Islam is standing upon them in the form of threat. That threat is not newborn nor it is recent. No one in this world could neglect the presence and impact of Islam which it exerts on today’s European world. Because Islam is the second-largest religion in Europe just after Christianity.

How the impacts were created?

The current impact Of Islam in 2020 in Europe has a great influential history. The actual image which Europe is showing in today’s world. It was the beginning of the seventh century when Islam makes its way through the European world by means of the Muslim conquest of Persia. During the time of Hazrat Abu Bakar(RA), HAZRAT KHALID BIN WALID(RA) who conquered the part of the Persian empire, known as the kingdom of Hira. And furthermore, it was the Ottoman Empire who extended its dominance into southeastern Europe. Taking great parts of the Byzantine Empire within itself. It was the tale of the fourteenth and fifteenth centuries when Islam began its influences on the western.

Impact of humanity and religious traditions

It was Resolution 885 in 1987 by the Jewish contribution towards the European culture. This brings forth the Today state of Europe where the various mixtures of culture results in. Which are totally based on humanity and religious traditions. Whose essence is the source and its Originality was to freedom and human rights, as recalled by the Assembly in Resolution 885 in 1987 by the Jewish contribution to European culture. The main aim of assembly held by Jews were purely based on the acceptance of humane value, the committee was directed towards the realization of religious consciousness.

Impact of the provincial administration

Hazrat Umar (RA) was an outstanding model for the succeeding Muslim rulers in administration. Hazrat Umar (RA) divided the entire Islamic Khilafat into various provinces each of the province with capital. Each of the capital and province was administered by a minister. Now a days in Europe the way provincial administration is carried out by the executive authority, has the huge impact of Islam over its states and religions. As we can see practically: Many of the countries in Europe have divided its country into various regions and provinces. France is a member and country of the EU since January 1, 1958. And France has twenty two provincial regions. Another example from Europe is Russia. This is divided into eighty-five federal subjects. Furthermore, the Ukraine which is subdivided into twenty-four provinces.

The Khilafat of Hazrat Umar (RA), the judicial function was entrusted to qadis which is known as judges. We can see the same thing in today’s Europe but not just in Europe but in the whole world. the judicial functions are entrusted to judges. The provincial qadis were completely independent of the provincial governors so as the same sense the separation of powers is taken as modern thought. Furthermore, the qadis were paid good salaries so that there might not be even the slightest chance of bribery. This is the very same opinion of the modern world and European countries that the judges must be given enormous salary so that there would not be the slightest chance left for bribery. Aberdeen is city in England whose judges takes $61,555 average for the very same reason.

No one can deny the existence of Islam in 2020;  even how much they become strong and powerful but still can’t deny. Even the Solicitors In UK cover up their cases by following the preachings of Islam.